A large and growing numbers of broiler chickens and other poultry are produced within northwestern Arkansas and northeastern Oklahoma. Historically, wastes produced by poultry have been land disposed by simple broadcast spreading near where such wastes are generated. Because of the industrial farming practices employed in the growing of poultry, these wastes contain very high levels of phosphorus, and application of these wastes to land adds phosphorous far in excess of the amount required to grow crops. Once applied to the land the phosphorous from the wastes can and does move from the soil to surface waters in runoff. Phosphorus is the element most likely to limit algae growth in lakes and reservoirs. The excessive growth of algae in lakes and reservoirs results in a number of problems including, the production of carcinogens when the water is disinfected prior to distribution, taste and odor problems from algal production of geosmin and 2-methyliosborneol, anoxia in bottom waters and aesthetics issues.

After the settlement agreement was executed, the Tulsa Metropolitan Utility Authority (TMUA) and the City of Tulsa retained Lithochimeia to provide technical counsel and expert witness services regarding phosphorous indices proposed by both TMUA and the Defendants. Lithochimeia has also provided ongoing technical counsel to TMUA and the City of Tulsa regarding reports prepared concerning water quality in Lakes Eucha and Spavinaw and in Spavinaw Creek and its tributaries. Most recently, Lithochimeia produced an expert report concerning the currently employed phosphorus index being used to manage poultry waste disposal within the Spavinaw Creek watershed. This expert report recommended a number of improvements to this phosphorus index.

In June 2005 the State of Oklahoma filed a lawsuit (State of Oklahoma v. Tysons Foods, Inc. et.al.) in the Northern District of Oklahoma against some of the nation’s largest producers of chickens, turkeys and eggs, including some out-of-state producers that alleged contamination of the Illinois River and Lake Tenkiller. The State of Oklahoma contended that land disposal of poultry waste within the Illinois River watershed had resulted in elevated levels of phosphorous, bacteria and other poultry waste constituents in the Illinois River and its tributary streams, and that such pollution was a threat to the environment and human health. The State’s complaint alleges violations of state and federal nuisance laws, trespass, as well as other violations of state environmental regulations. The State also seeks to recover the costs that it has had to incur, and will incur, to respond to the pollution under CERCLA.

The State of Oklahoma retained Lithochimeia at the beginning of the lawsuit to provide technical counsel, technical management, field sampling and expert witness services, including two depositions, testimony at a preliminary injunction hearing and just over six days of trial testimony. Lithochimeia developed information regarding poultry industry waste generation and disposal practices, fate and transport of nutrients and metals from poultry waste application fields to surface and ground water within the Illinois River Watershed and developed a model of the historical impact of poultry waste disposal on the Illinois River Watershed from geochemical and geochronological study of Lake Tenkiller sediments.

These matters are still in active litigation. 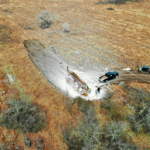 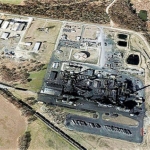